The UBC School of Journalism Students Association (SJSA) aims to provide our members with the best student experience possible through social activities, peer support, and advocacy for student rights.

Want to get involved?
If you have any questions or want information on our upcoming events, please email sjsa.journalism@ubc.ca. 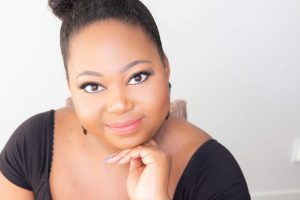 With a positive smile at all times, it’s no secret that Alex was born and raised in The Bahamas — land of sun, sand and sea. Writing and reporting stories since she was 14, Alex has a Bachelors of Journalism with emphasis in strategic communications from the University of Missouri. Her love for learning prompted her to continue her education via a Masters of Journalism at UBC, with a goal of becoming a more effective journalist.

Always willing to try anything at least once, Alex is a serial entrepreneur, and hopes to expand her knowledge of social media journalism during her two short years at UBC. Utilizing her skills and experience in the field, Alex was able to create a successful writing and media business, as well as a beauty and lifestyle YouTube channel and blog.

Alex is passionate about student needs and enjoys watching others reach their full potential. She hopes to make a meaningful impact in the lives of the students welcomed into the new UBC School of Journalism, Writing, and Media.

Reach out at any time! 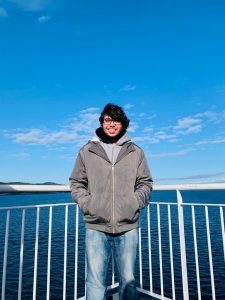 Akshay does not like talking about himself, especially in the third person, so he will attempt to keep this short. What he does like to talk about, however, is most things under the sun — anything from sports and international relations to the crippling existential crisis of humankind. He has far too many disparate interests and is at UBC in a possibly futile attempt to constrain them and find a career.

Akshay lived most of his life in Bengaluru, India, and has a BA in Multimedia Journalism from Bournemouth University in England. He has been described as possessing ‘Tumblr boy energy’ and having an ‘interesting’ fashion sense, which both reflect the fact he spends far too much time online (though never on Tumblr, funnily enough). But he still finds time to write, edit audio and video, and attend and organize social experiences offline.

You’re promised an interesting experience if you’re in his presence, especially when he goes off on one of his many tangents about social justice, video games, or old synthpop music. You will never know what comes out of his mouth next, and neither does he!

Akshay wants to be a journalist — any kind, really, given his wide-ranging interests, but hopefully a multimedia reporter who does audio. He’s fond of messing around in Photoshop and InDesign and creating charts from obscure statistics, and a job incorporating some of those would be great. But that’s the future. At the moment, all he wants to do is enjoy the two years he has at UBC, and help others do the same. If you need help with anything at all – and for once, this literally means absolutely anything at all – hit him up! You won’t be disappointed (and might even be entertained)! 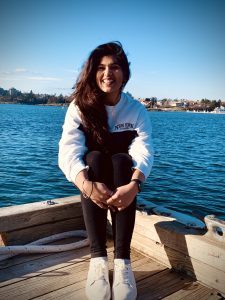 Growing up in the heart of Bollywood, Yasasvi is an introverted extrovert who is a hardcore Indian with unconditional love for her community. Before moving to Vancouver, she lived in USA for a year, pursuing Bachelor of Arts in Journalism and International Studies. Along with that she also has a Bachelor of Mass Media from Mumbai University.

She does not really have that many hobbies except for origami, DIY crafts, reading, swimming, watching movies and cooking (result of COVID19). So, if anyone needs any art supplies or have any sort of craving (specially desserts :p), you know who to find. Her motto in life is “why eat when you can drink?” explaining her addiction to lattes and refreshment drinks which made her explore numerous cafes across the city where she is usually found doing her work.

Her goal with pursuing journalism is to be a producer at a broadcast news channel. She has a knack for production and has produced a number of videos and a documentary. Along with video production, Yasasvi is also trying her hands-on social media journalism; currently by posting food recipes on Instagram. She loves to have conversations on international politics, political scenario of India, climate change and sometimes over latest trends in fashion (her guilty pleasure).

She is available literally anytime of the day, so feel free to reach out! She is happy to provide you with any sort of guidance and even help you settle in this new city which can be exciting and intimidating! 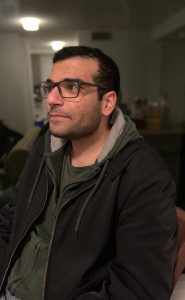 “All I want is better coffee.”

Ibrahim’s political activism began in his first year at journalism school when he noticed the unfortunate beverage situation in the student’s lounge. The coffee was sub-standard and the tea was mediocre at best. There was no milk.

Someone had to do something.

As part of his SJSA campaign Ibrahim led what has come to be known as the “beverage revolution” – a movement pushing to improve the selection of hot drinks available in the student lounge. He is very happy to consider beverage suggestions from other students.

Before coming to Vancouver he lived in The UK, Turkey & Tanzania, grew up in the UAE & Yemen, and roamed through many places in between.

Ibrahim has a background in international relations and conflict analysis. His hobbies include tweeting, drinking pretentious teas, and arguing about politics. 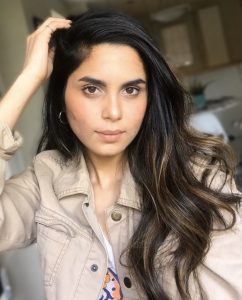 Shreya Shah spent the first 18 years of her life in Kolkata, India before leaving the cosmopolitan city for a different experience. Trading in the incessant energy of the unique metropolis for the bustle of New York City, she ended up spending six important years of her life there. After graduating with a BA in Psychology, she decided to tread the waters of the medical insurance world, only to realize that journalism was her true passion. So, she packed her bags and moved, this time even farther west to Vancouver.

When Shreya’s not exploring new restaurants or thrifting vintage finds at consignment stores, she can be found hanging out with her friends and playing lots of Taylor Swift music. She has an unhealthy enthusiasm for the arts, is slightly competitive in any random board/card game, and gets deeply invested in the characters of her favourite T.V shows.

Not super inclined to the outdoor lifestyle, Shreya is willing to try out new hikes, snowshoeing, or even beginner-level skiing. So, if you’re looking for someone to explore the west coast with, she’s your person. Even if you’re just looking for a concert buddy, she’s bound to say yes (Her Spotify playlists are proof of her varied taste in musical genres).

She loves meeting new people and talking their ears off, so feel free to ask her about anything and everything. But, if you need her to just stay quiet and just listen, she can do that too. 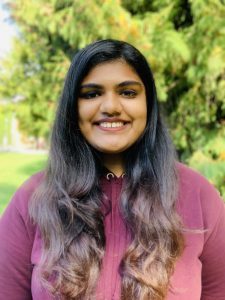 A native of the southern, coastal city of Mangalore, Priya grew up in an Indian household and considers herself lucky to have traveled a bit while growing up, owing to her father’s occupation. Having the opportunity to live in various cities helped her appreciate the diversity that exists in the world and fall in love with cultures unknown to her before. She has a Bachelor of Arts degree in Journalism, Psychology and English Literature (all of which she equally loves!) but wants to pursue her Masters in Journalism so that she can bring her favorite subjects to life through visual storytelling.

Priya loves watching movies, so if you ever want someone to tag along with you, she is your go-to person. Her only concern in life is to be able to make enough time for all her interests which include playing badminton, singing, exploring new restaurants and traveling. She recently realized (after moving to Vancouver) that she really has a knack for cooking (or at least she thinks so) and wants to experiment with her food on people, so if you’re up for the challenge, go find her asap!

As someone who loves talking to people and listening to others’ stories, she believes a happy and comfortable classroom atmosphere can only have positive benefits in the long run– both personally and professionally. An international student herself, she knows the challenges that lie ahead for students who come from different parts of the world and wants to be part of their journey in finding a home away from home.

Priya is literally that 3 a.m. friend you can reach out to, so don’t be shy and text/call/email her whenever you want and you can discuss world peace together!

On this page
Back to toparrow_upward